Explain the working of NAV in 802.11 WLAN in NetSim? Print

The network allocation vector (NAV) is a virtual carrier-sensing mechanism which limits the need for physical carrier-sensing at the air interface in order to save power. The MAC layer frame headers contain a duration field that specifies the transmission time required for the frame, in which time the medium will be busy. The stations listening on the wireless medium read the Duration field and set their NAV, which is an indicator for a station on how long it must defer from accessing the medium. This can be shown graphically in the below screenshot

In NetSim, NAV is calculated before transmitting the packet. Open fn_NetSim_IEEE802_11_PhyOut() function present in IEEE802_11_Phy.c file inside IEEE802_11 project. In Phy_out, calculate_nav() function is called shown in the below screenshot

calculate_nav() function calculates the network allocation vector time for the packets like RTS, CTS, ACK, Block_ACK etc as shown in the below screenshot 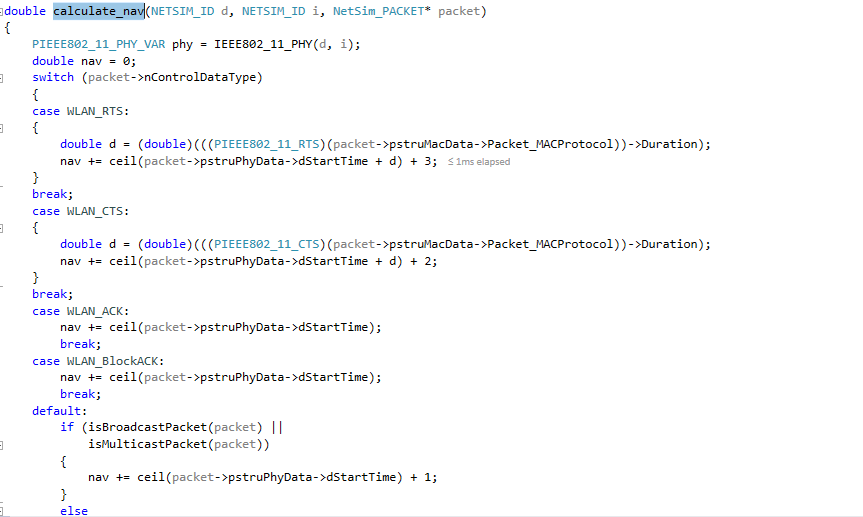