•BDP signifies how many bits the sender can send before the first bit reaches the receiver.

Consider a 1 Mbps link or a propagation delay 1 millisecond. Then the BDP = 1 MBps X 1 ms = 1000 bits. That is, when the sender has sent 1000 bits, the receiver has just started to receive the first bit. Suppose an extra signal/packet has to be sent by the receiver that it has started to receive the bits. Let us consider this sum of forwarding delay and reverse delay together as the round-trip-time (RTT). Then the product of bandwidth and RTT is the number of bits "in-flight" before the sender can expect to hear back from the receiver. BDP can refer to the product of bandwidth and one-way delay or RTT, depending on the context.

•The Bandwidth*Delay Product or BDP determines the amount of data that can be in transit in the network. It is the product of the available bandwidth and the latency, or RTT.

Steps to be followed:

1. Create a scenario in Netsim as shown below: 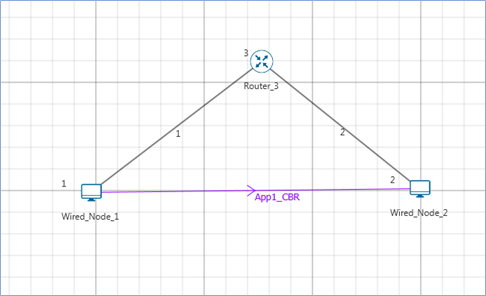 2. Set the link speed to 1Mbps and propagation delay to 5ms in both the links. 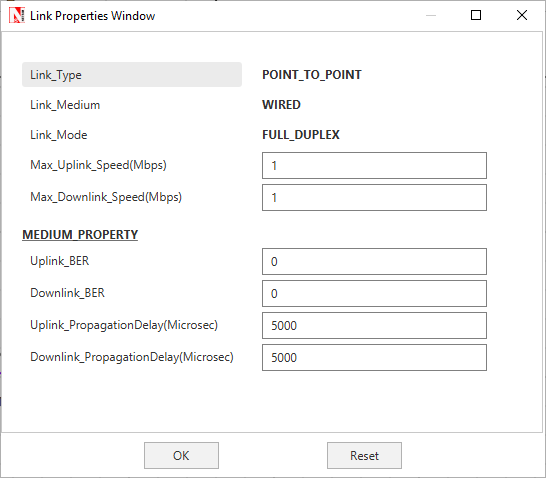 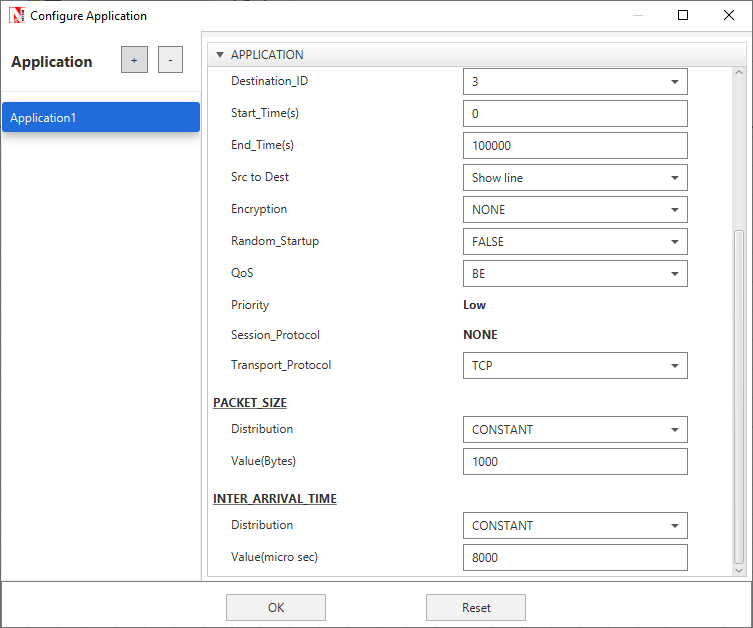 This can be seen in Packet trace by calculating the Transmission time after filtering the control packet type to data packets and TCP_ACK packets.

•Thus the amount of time from the sender sending the first bit of packet to receiving last bit of ACK is 29.06 milliseconds.

That is, if the sender were to be continuously sending without waiting for an ACK, he would have sent 3.63 packets before receiving the ACK for the first packet from the receiver.

•The concept of BDP is essential to understanding how much data to keep in-flight to fully utilize a link.

Also, signifies how much data is in flight before you hear about packet losses, etc from the receiver.