Consider the simple MANET network where Node 1 has to communicate with Node 5 using OLSR protocol for establishing the routes as shown below (associated experiment configuration is attached herewith): 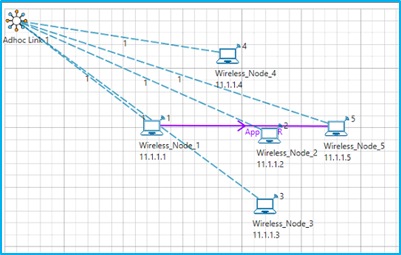 The nodes do not have pre-established routes. The route table of every node can be obtained from the log files where the route table gets updated every 2sec. The values mentioned in the document correspond to the first interval route table values of the log file.

Settings done in the Network: 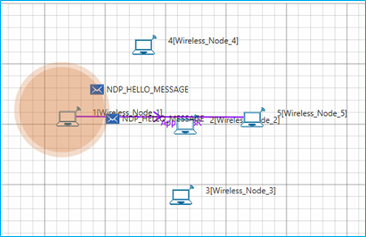 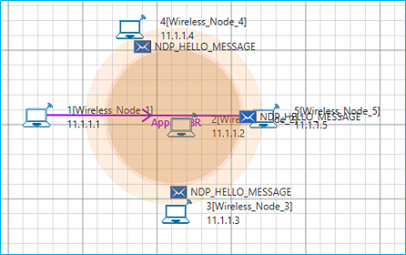 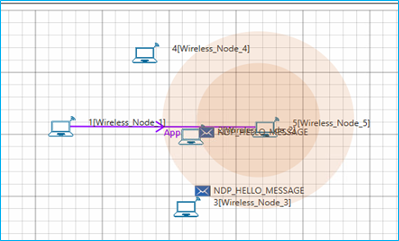 2. Each node selects its MPR set from among its 1-hop symmetric neighbors.  This set is selected such that it covers (in terms of radio range) all symmetric strict 2-hop nodes. 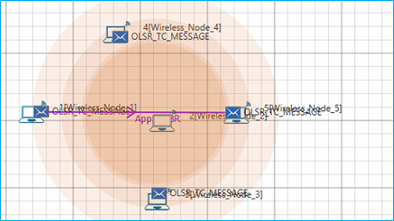 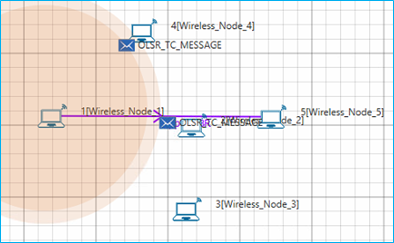 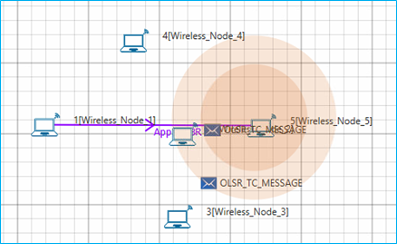 4. Upon receiving the TC Messages, the nodes form the Neighbour Information Base containing Neighbour-Set, 2-Hop-Neighbor-Set, MPR-Set, MPR-Selector-Set, The values in these sets are used for route table calculation and the route tables are formed for every node as shown in the table.

5. One of the nodes in the MPR Set of node 1, is selected to forward the data packets to the destination. In this scenario, node 2 is chosen as the MPR of node 1 since it’s a one-hop symmetric neighbor that covers the destination node as well as other nodes in the scenario