How do MANETs adapt to changes in network topology? Print

In a MANET network communication between a source and destination, node happens either directly or via other nodes based on routes formed by the network layer routing protocols.If the source and destination nodes are directly within the range of each other, then single-hop routes are formed. If they are not within each other's range then multi-hop routes are formed.The network adapts to topology changes due to mobility by forming new routes.
Consider the following network scenario in which the propagation model is set up such that the radio range of the nodes are limited:

File-based Mobility is configured in Node 3 such that it moves in a straight line towards the east away from Node 1, gradually.  For further details on the File-Based Mobility Model, refer to section 3.6.5 of the MANET Technology Library Manual. 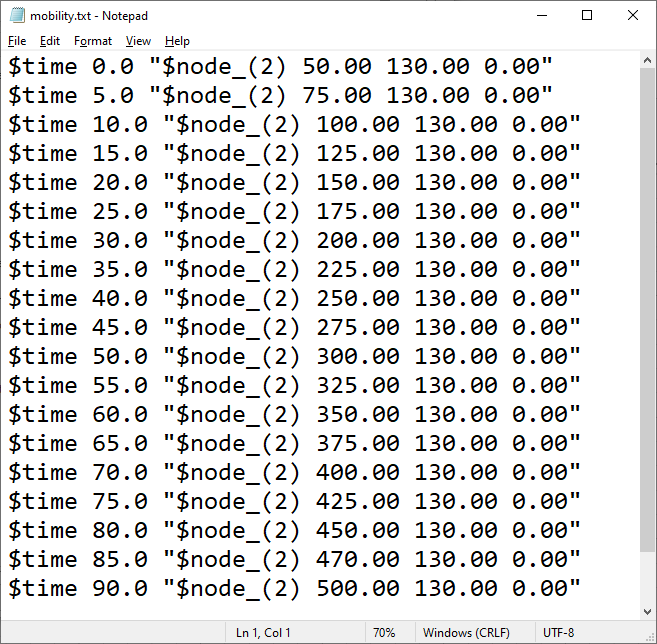 Initially, Node 3 and Node 1 are close by and are within the range of each other. Hence routes are formed such that communication happens directly as shown below:

As Node 3 moves away from Node 1, once it goes out of range of Node 1, new routes are formed via Node 2. Hence Node 3 sends packets to Node 2 which then forwards them to Node 1 as shown below:

The experiment file which is associated with the example explained here is provided as an attachment. Users can download the attachment and import the experiment by going to Your Work -> Import Experiment and selecting the downloaded experiment file.
MANET_routes...
(5.23 KB)
N
NetSim is the author of this solution article.