How does the MAC Scheduler work in NetSim 5G NR? Print

The scheduling algorithms will have a significant impact on the throughput experienced by the UE's when the UE's are placed at different distances (different CQI/MCS) from the gNBs. 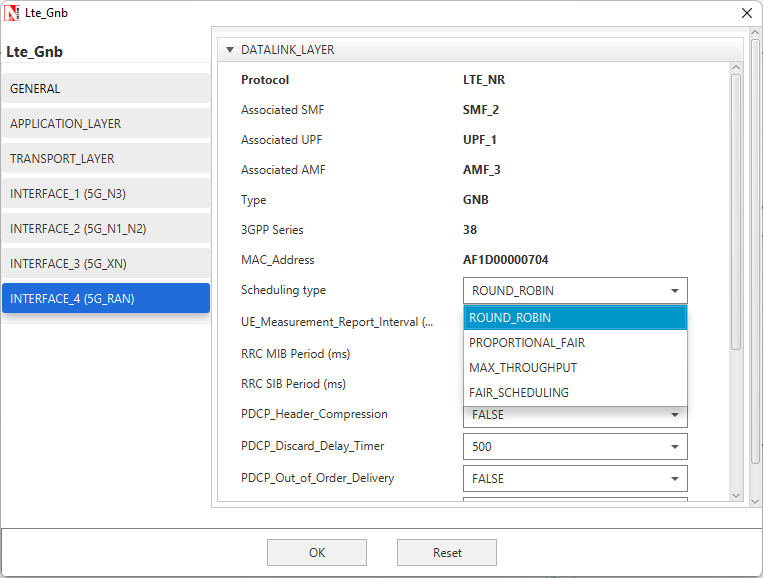 At each gNB the MAC scheduler decides the PRB allocation, in each slot (TTI), for DL and UL, for each carrier. Control packets such as the buffer status report (BSR) and UL assignment, are assumed to be sent out of band. The MAC scheduler works as follows:

Note that these are MAC scheduling algorithms, and do not use the QoS parameter that can be set in the Application properties in NetSim’s GUI